SegaMags is selling at the Video Game Market 3

Yes, it’s true. No sooner have we launched SegaMags, than we’re packing-up all of our duplicate Sega magazines (along with the vast majority of our non-Sega magazines) and heading off to Doncaster to sell them at the RetroCollect Video Game Market 3. That’s happening tomorrow, for those of you who don’t already know. And we’ll be bringing over two-thousand video game magazines from the 1980s and 1990s (and the very early 2000s) with us. 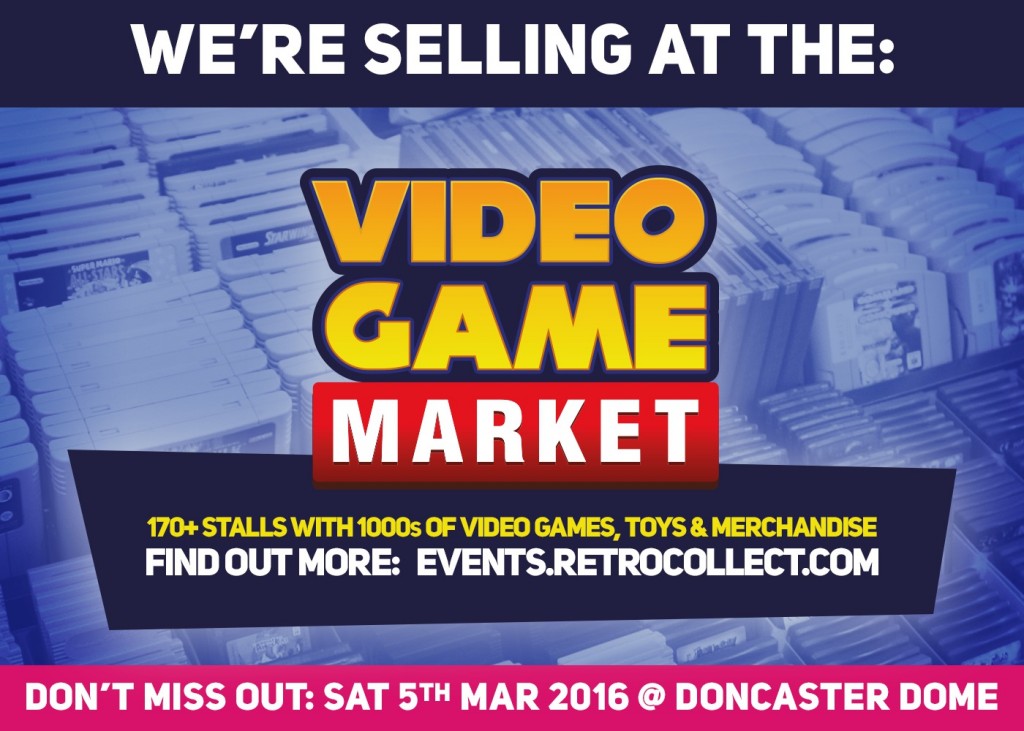 It’s happening tomorrow, and it’s going to be massive!

Fancy picking up a retro video game magazine for less than what it costs to post? Then read on.

Let me get one thing straight right at the outset: SegaMags is not a selling website. We have a natural tendency to trade (or swap) with other collectors rather than sell. But over the years we’ve amassed an enormous number of magazines (many of them non-Sega) that we don’t have any intention of keeping, and the time has come to give other people a chance to read them. After all, there’s no point letting them gather dust when so many others could be getting some enjoyment out of them.

So this is probably (in fact, if my wife has anything to do with it, this is certainly) a one-off event for us. We’re going to sell as many video game magazines as possible at very reasonable prices, and we’re going to have a great time in the process. If you’re attending tomorrow’s event, do pop along to the SegaMags stall and say hello, because we’d love to see you (it doesn’t matter if you don’t want to buy anything — it’s just nice to talk to folks who remember the old magazines!).

Also, make sure you keep an eye on the SegaMags blog tomorrow morning, because we’ll be posting our full stock-list in the form of a Google Sheet, which has been designed to auto-update whenever a magazine is sold. For those of you using mobile devices (which should be just about everyone!), please make sure that you open the stock list using the Google Sheets app; the mobile browser-based version of Google Sheets doesn’t allow for auto-updating, which isn’t quite as cool as the app-based (or Mac/PC browser-based) version. I’ll explain the full details and post the stock-list link at the crack of dawn tomorrow morning before the event begins, so that you have something to look at while you’re waiting outside in the queue. 😉

So, to re-cap: tomorrow, SegaMags has a stall at the RetroCollect Video Game Market 3 in the Doncaster Dome, and we’ll be selling video game magazines for all systems (Sega, Nintendo, PlayStation, Amiga, multi-format, …etc). See you there!

This entry was posted in Retro gaming events. Bookmark the permalink.