In all my years of collecting Sega magazines, I’ve found the name of one magazine to be particularly difficult to communicate to people: Mega Machines. There isn’t anything intrinsically challenging about the magazine’s name, but I’ve lost count of the number of times I’ve asked somebody if they have any issues of Mega Machines and received a response along the lines of “yep, I’ve definitely got a few issues of that one” — only to be met with disappointment when the person produces some issues of the multi-format Mean Machines magazine. The two names do sound fairly similar, but why the consistent confusion? Well, there’s one very good reason why: Mega Machines is a relatively unknown Mega Drive magazine (that only lasted for five issues), whereas Mean Machines was at one time the king of video game magazines (commanding massive circulation figures, and a huge fan base that still exists to this day). Just about anyone who was in to video games during the early 1990s will remember Mean Machines (or its successor, Mean Machines Sega). On the other hand, hardly anybody even knows that Mega Machines existed. So when someone mentions Mega Machines, I suppose it’s perfectly understandable for it to be misunderstand it as Mean Machines. 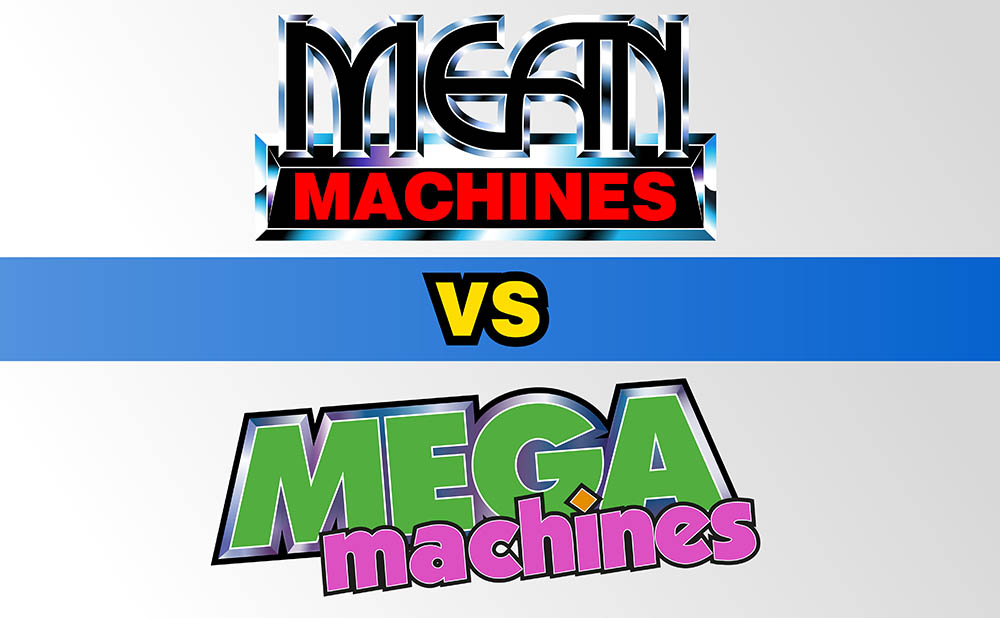 Is it fair to threaten legal action over a similar-sounding name?

However, it just so happens that back in late-1993, just before the launch of Mega Machines, something not-so-innocent happened involving Mean Machines and Mega Machines — and it had everything to do with their similar-sounding names…

First of all, we need to make something perfectly clear: Mean Machines came first, by several years. In fact, by the time Mega Machines entered the fray, Mean Machines had already closed (and its namesake was being used by the follow-on magazine, Mean Machines Sega). But the fact that Mega Machines happened to be another video game magazine, and that it was also specific to Sega consoles (albeit solely focusing on the Mega Drive and Mega-CD), clearly bothered EMAP’s (the publisher of Mean Machines) Marc Swallow, who suggested that the Mega Machines team “must have thought of it in the lull between picking twigs out of their beer.”

Mega Machines’ Steve Shields responded by saying that “Mega Machines is taking a fresh look at the Mega Drive scene. It isn’t pompous, self interested or vain. In fact, it’s diametrically opposed to Mean Machines.”

A harmless little bit of banter, you might think. However, only a matter of weeks later, EMAP attempted to take the matter in a very legal direction, insisting that Mega Machines either drop the “Machines” part from its title, or make some kind of statement in each issue, confirming that the two magazines are completely unrelated1. Impact Magazines’ (the publisher of Mega Machines) Roger Kean stated that he was feeling “confident” if EMAP took legal action, adding that “all the professionals, on our side at least, agree that we’ve got a pretty good case.”

There were different variations of the Mega Machines disclaimer, but I liked this one the best.

Apparently an agreement was made, as Mega Machines was able to proceed until its swift demise some five months later (which had nothing to do with its name, by the way!), and no further mention of the dispute between EMAP and Impact was made public — at least, not to the best of our knowledge. Interestingly enough, though, Mega Machines did indeed contain a short disclaimer in the staff listing of each issue (see the image, above). I guess we know why that’s there, then! 😉