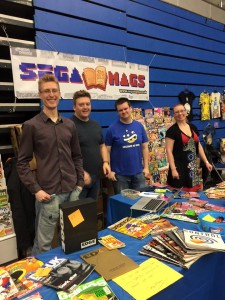 What a tremendous weekend we had at RetroCollect‘s Video Game Market 3 in Doncaster! Catching up with old friends, making new friends, helping people to complete their collections (if the guy who bought his last missing issue of N64 Magazine is reading this, please get in touch — I’d love to see a photo of your newly-completed collection!)… it was a blast. Here are a few highlights from the day.

First of all, I owe a huge thanks to Nathan from Every Bit Gaming for adding issue 4 of Mega Machines to the SegaMags collection (expect to see us give a complete breakdown of this issue very soon). Nathan’s been trying to track down the elusive missing issues for several years now, and his efforts have been a massive help. This marks the first addition to the SegaMags collection in well over a year, bringing to an end our longest magazine drought since the collection began in 1999. We’re now one step closer to completion — hopefully we won’t need to wait quite as long until another issue turns up! 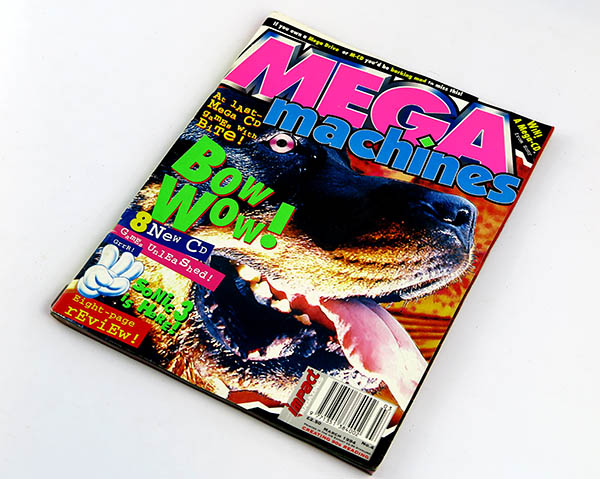 The fourth issue of Mega Machines — found at last!

The SegaMags stall was lucky to have a surprise visit from Alex Lieng, the Twix Junior Gamesplayer of the Year in the Sega Saturn category (1997)! Fans of Sega Saturn Magazine will remember Alex from issue 27, shortly after he was crowned the 1997 tournament champion for his winning run on Manx TT Super Bike. We’ll be catching up with Alex very soon to talk to him about his experience in the competition, so stay tuned for that. 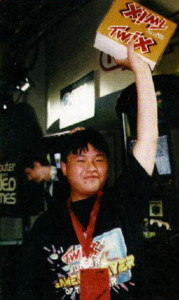 I also had the pleasure of talking with Gruss Newton, a Sonic collector who I’d been chatting with on Facebook prior to the event. During our conversation, Gruss described a particular screenshot/image relating to Sonic 2, which he remembered seeing in a Sega magazine sometime in 1992. The image showed Sonic being squeezed through a green pipe, and Gruss said that he’d spent a fair bit of time over the years trying to figure out which magazine it was that contained the image. We spent the next couple of minutes flicking through various magazines (looking at all of the Sonic 2 features), before finally hitting the jackpot: the image was part of a “what we’d like to see in Sonic 2” feature in issue 1 of Mega Drive Advanced Gaming. Mystery solved! Gruss has his own YouTube channel where he discusses all things related to retro video games, and after the Video Game Market he posted a video looking back at the day. He spent over five minutes talking about his time at the SegaMags stall — click here to hear what he had to say about it. 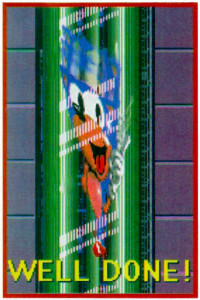 “Sonic in a pipe”, from issue 1 of Mega Drive Advanced Gaming.

In non-Sega-related (but still magazine-related!) news, we had the honour of meeting Wil Overton — the artist behind the magnificent cover-art of Super Play magazine! Wil had his own stall at the event, so I decided to keep one of my few unsold Super Play issues and ask Wil if he would be able to sign it for me. Wil came across as such a genuine, friendly guy — it was so nice to talk to him. Visit Wil’s website to check out some of his stunning artwork.

So there you have it: a brilliant event from start to finish. I can’t wait until the next one!